‘How to spend it’ em Lisboa 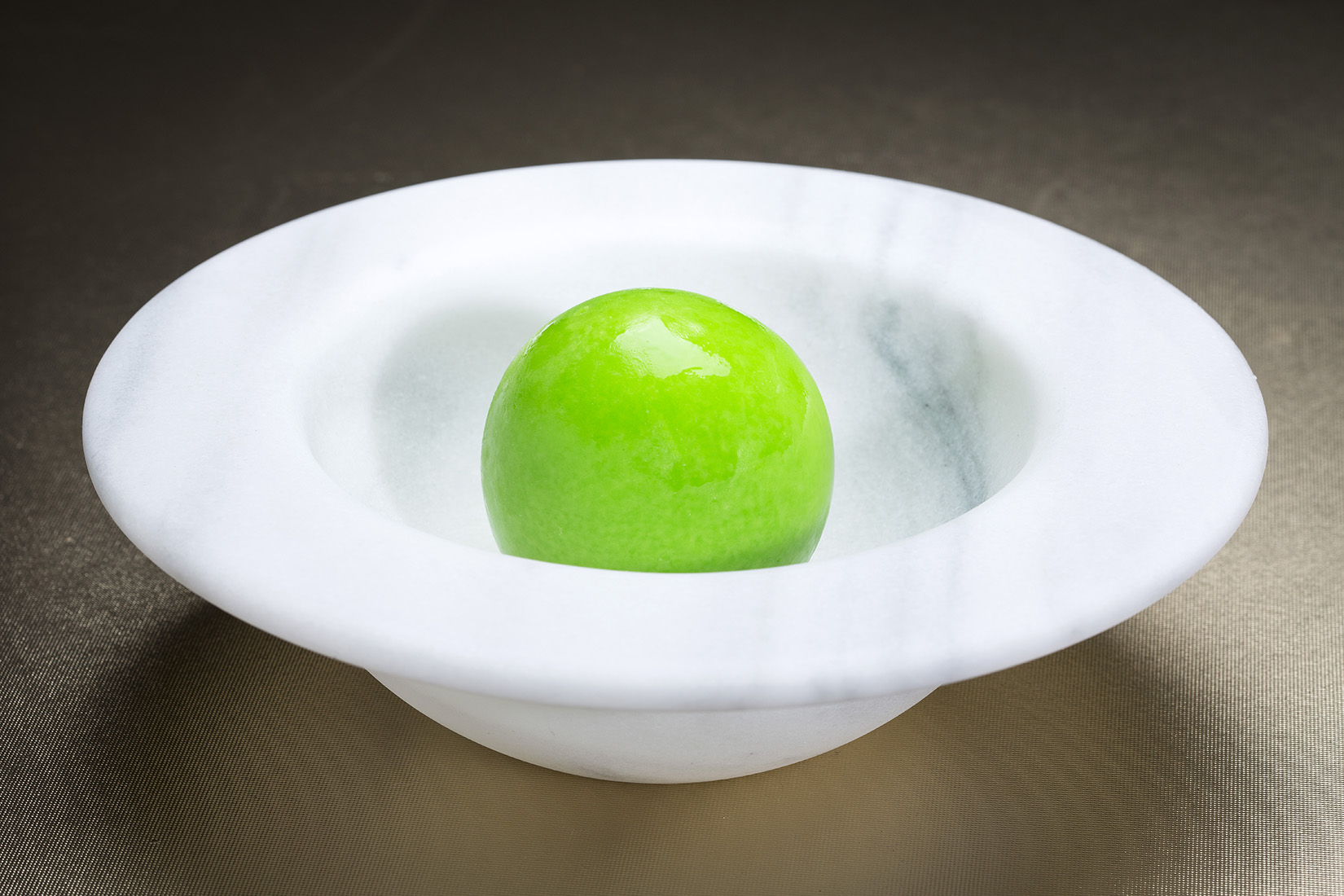 In Lisbon’s kasbah-like Alfama district, a work by Portuguese contemporary artist Sandra Baía is propped against a 15th-century wall. A crumpled Portuguese flag on which national proverbs have been painted, it’s entitled Portugal: País frágil em obras, or Portugal: Fragile nation under construction. It is waiting to be hung inside Santiago de Alfama, the capital’s newest boutique hotel, whose doors swung open in July. The political message on the painting, completed in 2012, is aimed at the sceptics who questioned Portugal’s ability to survive in the global downturn. But it resonates on the streets, where the construction of new hotels, restaurants, shops and galleries and an explosion of urban art are colouring every corner of the city, each one rendering it that much less vulnerable.

This outpouring of creativity is Lisbon’s response to the recession, aimed at rehabilitating national pride by promoting all things Portuguese – from cultural heritage to wines and natural landscapes – in a collective recognition that tourism is one of the best ways to bolster the economy. Dovetailing perfectly with it is the fact that, whereas so many European capitals have fallen prey to globalisation, Lisbon still encapsulates the essence of Portugal in concentrated form.

But even as it remains a distillation of that essence, the city is becoming more accessible – and more open. Take its grande dame, the Ritz Four Seasons, an iconic landmark erected by the dictator Salazar in 1959 to put the capital on the luxury-travel map. The hotel inaugurated an ultra-exclusive, four-hour urban art tour this year, whereby a guide from the Underdogs Gallery – launched in 2013 by Lisbon’s most famous street artist Vhils and Pauline Foessel – led guests on a meandering itinerary of the city’s best public art. 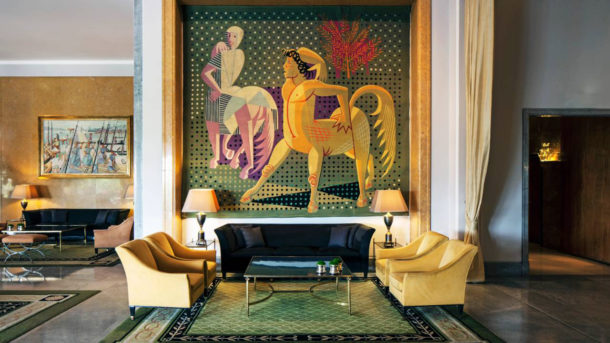 It’s an experiential concept that’s gaining traction here, according to Patrícia Pires de Lima, wife of the minister of economy and an art consultant who hosts a prominent annual art fair. Art dealer Caroline Pagès, who runs tours for individuals or small groups, agrees. At her gallery in the buzzy Campo de Ourique neighbourhood she has several works by artists considered the country’s finest, among them Pedro Cabrita Reis and Miguel Palma. Another new arrival, the Barbado Gallery, aims to bring photography of a level not previously seen to Lisbon art aficionados: a Martin Parr solo show of beach photos – the photographer’s first in Portugal – debuted in September and is currently running until mid-November. 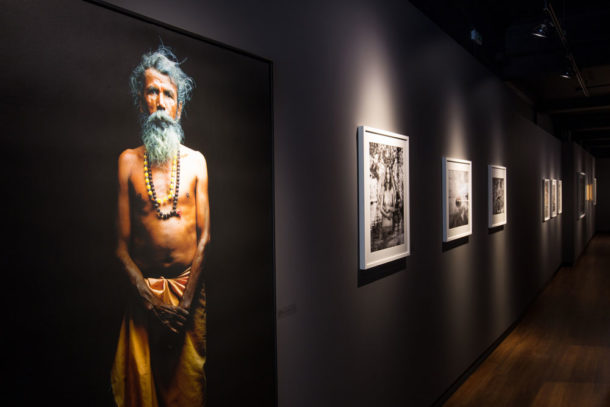 While Campo de Ourique is an increasingly desirable boho-art neighbourhood, the real talk of the town, in Lisbon and beyond, is Príncipe Real. Always considered elegant, the area had faded somewhat over the years, but Paulo Duarte, operations manager of Memmo Hotels, was convinced enough to choose it for the brand’s second Lisbon outpost, after the roaring success of Memmo Alfama. But while Memmo Alfama’s tag word is authenticity, the Príncipe Real is aiming to be the best boutique hotel in the capital, bar none. The talented architect Samuel Torres, who blended the old with the new so brilliantly at Memmo Alfama, will have the freedom of a new build for the 41 rooms and suites, which will open in June next year.

By then, there might well be quite a few more serious retail attractions lining the streets around it, which are presently crowned by Embaixada, a 19th-century domed palace whose soaring stuccoed ceilings now house a variety of almost uniquely Portuguese products, ranging from clothes to homewares to affordable jewellery. (The fine jewels are across town at David Rosas on Avenida da Liberdade, where Rosas’ architect daughter Luísa recently launched her own striking collection.) A little further along the street is another small multi-retail store called Real; local stylesetters come here for Moskkito, a line designed in Portugal and made by artisans in Kenya and India using local products. The leather sandals with beaded straps and black kaftans with front panels of vivid cloth from the Banjara nomad tribe are bestsellers.

But the queues you will see on the street in Príncipe Real are mostly about the culinary delights of tiny A Cevicheria, which has been the place to go in Lisbon since it opened in January. The brief, straightforward menu revolves around different ceviches and ends with a memorable melt-in-the-mouth dulce de leche tart. Decor is limited to a giant model octopus hanging from the ceiling above the chef’s counter, and windows open to the street allow the crowd to get drinks while they wait (the no-reservations policy seems not to have dampened local, and increasingly international, enthusiasm for it in the slightest). 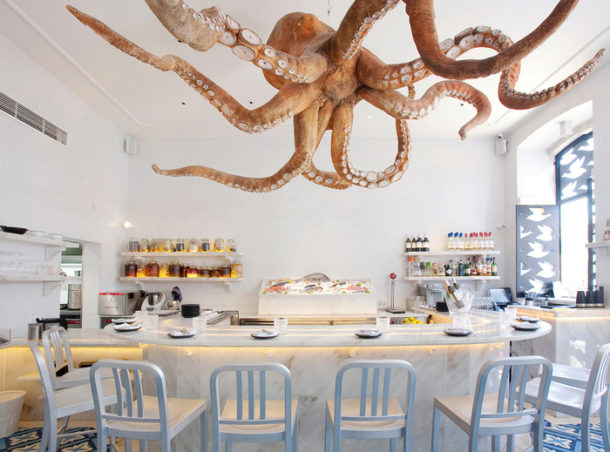 Over in neighbouring Chiado, you need to reserve a table at Belcanto at least two months in advance since Michelin awarded its chef, José Avillez, his second star earlier this year. The first Portuguese to have earned two stars (the other two in-country Michelin-starred chefs, working in the Algarve, are Austrian), Avillez and his cuisine are delightful. Drawing inspiration from 20th-century Portuguese poet Fernando Pessoa and weaving the character of all four corners of Portugal into dishes such as Dip in the Sea (sea bass with seaweed and bivalves) or The Garden of the Goose that Laid the Golden Eggs (a glittering concoction of sous-vide egg, fried leeks, mushrooms, and a cheese sauce topped with delicate gold leaf), Belcanto is not to be missed. Nor is Avillez’s latest, the very lively Mini Bar, where he plays with a captive audience offering tapas that are often far from what they seem: bite into the Ferrero Rocher and in lieu of chocolate you’ll find a centre of foie gras and cocoa butter studded with hazelnuts.

By The Wine, meanwhile, is the one not to miss in Bairro Alto, long one of Lisbon’s bastions of chic. Opened in January in a vaulted space whose ceilings are lined with bottles, By The Wine pairs varietals from José Maria da Fonseca with boards of sausages and cheese, or plates of oysters and carpaccio. It is a strikingly new concept here, but one that is echoed as you stroll down to the river Tagus, and the recently renovated Mercado da Ribeira, Lisbon’s main food market. This treasure trove of culinary possibilities means you can wander from stalls like Confraria, which offers sushi, to one proffering old-world chicken dishes reimagined by local gourmet chef Miguel Laffan. Above the food, on the first floor, gallery and concert spaces are opening up, with Underdogs Gallery’s flagship shop selling limited-edition prints and monograms by the artists it represents. And for a Portuguese tradition given a new twist, Manteigaria is a must: behind an art-nouveau façade in Bairro Alto, a tiny production line – visible through a wall of glass – turns out pastéis de nata, the much-loved custard tarts. Fresh, warm batches are announced by the ringing of a bell on the street.

Pastéis de nata are a fixture of every Lisbon breakfast table, not least those in the city’s fine hotels. They’re particularly wonderful at the Pousada de Lisboa hotel, which opened in June and where breakfast is served in an inner courtyard with ancient triptychs on the walls and open to blue skies above. Here, museum art on loan almost rivals the views for magnificence. Situated within part of the arcade that lines the Praça do Comércio, the bedrooms overlook the imposing square facing the Tagus and where so much history has been made – including the assassination of the penultimate monarch on these very stones.

Praça do Comércio square was created by town planner Marquês de Pombal, who was responsible for Lisbon’s emergence from the ashes of a devastating earthquake in 1755, and whose grand Pombaline architecture is perfectly exemplified on Avenida da Liberdade, the city’s wide and very splendid boulevard. Here, the understated, gorgeous boutique Hotel Valverde opened late last year. Celebrating all things Portuguese, from Delta coffee to the Braz Gil cup in which it is traditionally served, its 25 elegant rooms are a huge addition to Lisbon life. 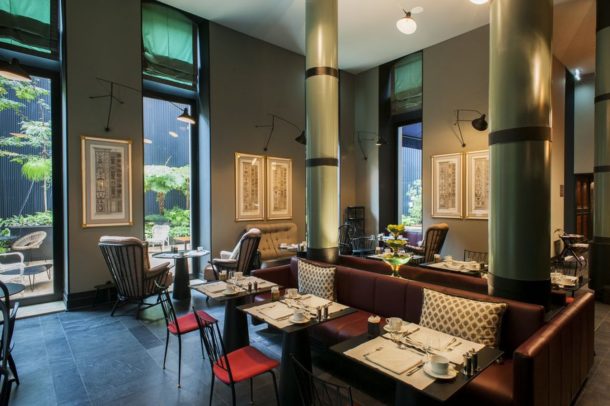 So too is Santiago de Alfama, home to the provocatively named Baiacanvas. Neighbouring the church where Christopher Columbus married his Portuguese wife, this luxury inn was six years in the making. The 19 rooms and suites are huge, with the highest looking out over the characteristic red roofs of Alfama to the Tagus. On the ground floor is Café Audrey, complete with beautifully tiled floor and an entrance from the street; and a restaurant, A Fábrica de Santiago, which offers modern Portuguese dishes. The hotel’s Jaguar Mark VII, nicknamed Grace, waits outside to ferry guests downtown, passing through a Lisbon that is still being rebuilt in more than one sense – but gaining ground with every day.