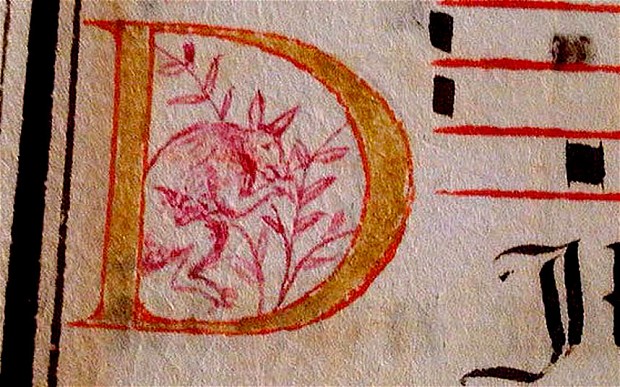 A drawing of a kangaroo on a 16th century Portuguese manuscript could potentially change the world’s understanding of Australia’s history.

The manuscript, which is thought to date from between 1580 and 1620, appears to show a small kangaroo within the letters of its text. If the image actually is a kangaroo, the drawing suggests that Portuguese explorers may have discovered Australia before the first recorded European landing on the continent by Dutch navigator Willem Janszoon in 1606.

The document, which contains text or music for a liturgical procession, was recently acquired by the Les Enluminures Galley in New York, which has valued the item at $15,000 (£9,174). It was previously in the possession of a rare book dealer in Portugal.

Laura Light, a researcher at the gallery, told Australia’s The Age newspaper that “a kangaroo or wallaby in a manuscript this early is proof that the artist of this manuscript had either been in Australia, or even more interestingly, that travellers’ reports and drawings of the interesting animals found in this new world were already available in Portugal.”