‘A Makeover for a Lisbon Food Market’, diz o The New York Times 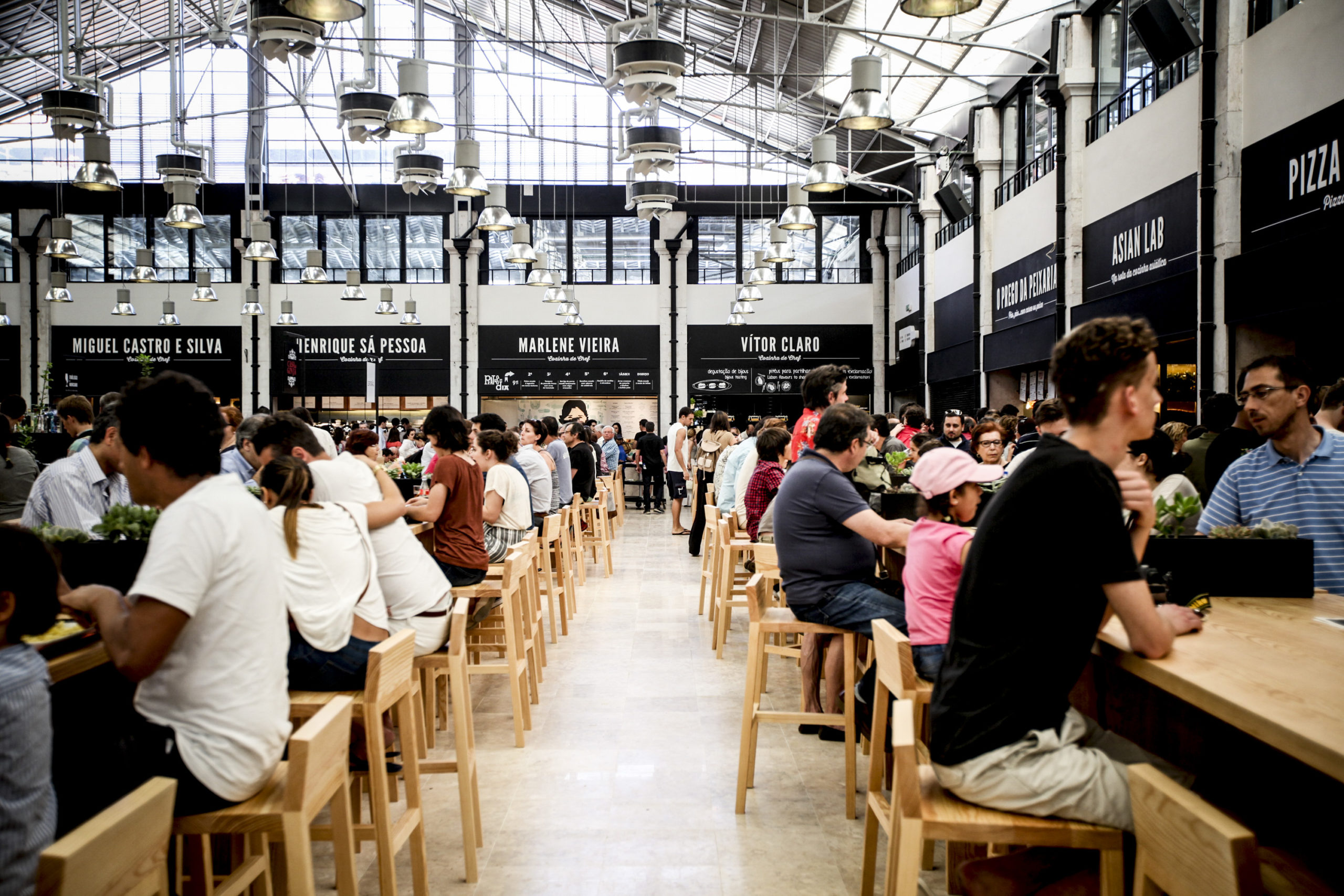 The recently renovated Mercado da Ribeira in Lisbon, situated near the Tagus River since 1892, already qualifies as a major food destination.

The 75,000-square-foot food court, a sizable portion of which opened in May (the rest of the market is scheduled to be completed by the end of the year), allows hungry travelers the opportunity to sample the city’s best eats in one place.

The magazine Time Out Lisboa is largely responsible for the 5-million-euro makeover, which saw both the recovery of original elements like traditional Lioz stone and the installation of more contemporary design touches like hanging Edison bulbs and wooden communal tables with seating for 500 diners.

Three outdoor terraces hold another 250, and some of the food stations offer counter seating for a more intimate experience.

The concept is to bring his magazine’s contents to life, said Joao Cepeda, editor-in-chief of Time Out Lisboa and the mercado’s managing director.

“You can taste the food of the restaurants with the best reviews, hear music by bands we consider to be the next big things, buy items from the best designers. It will be, we hope, a big and beautiful showcase of the city,” he said.

One of the highlights is barriga de porco com puré de ervilhas — pork belly with mashed peas — from Alexandre Silva, whose appearance on Portugal’s first season of “Top Chef” led to his taking the helm at Lisbon’s popular Restaurante Bica Do Sapato, also known for being co-owned by the actor John Malkovich.

There is also an array of low-key options, from a slice at Pizza a Pezzi to a sushi roll at Confraria.